Dr. Ibrahim Aljazy from Jordan is a candidate for judge at the ICC. He is a professor of international law at the University of Jordan. He is also president of the Jordanian branch of the International Law Association. The election will take place as part of a resumed session of the ICC on 24 and 25 June.

What kinds of reforms would I like to see at the ICC? In an ideal world, if it was down to me, I would like to see many things omitted from the Rome Statute, including the excessive rights of the UN Security Council.

But we are not living in an ideal world, and we have to be realistic as far as this approach is concerned. And I think that would not really occur – as far as amendments are concerned – without broad membership of the ICC itself. Without that, we cannot move forward. We cannot ask others to condone the work of the ICC, to accept its mandate or the jurisdiction of the Court without being part of it themselves. 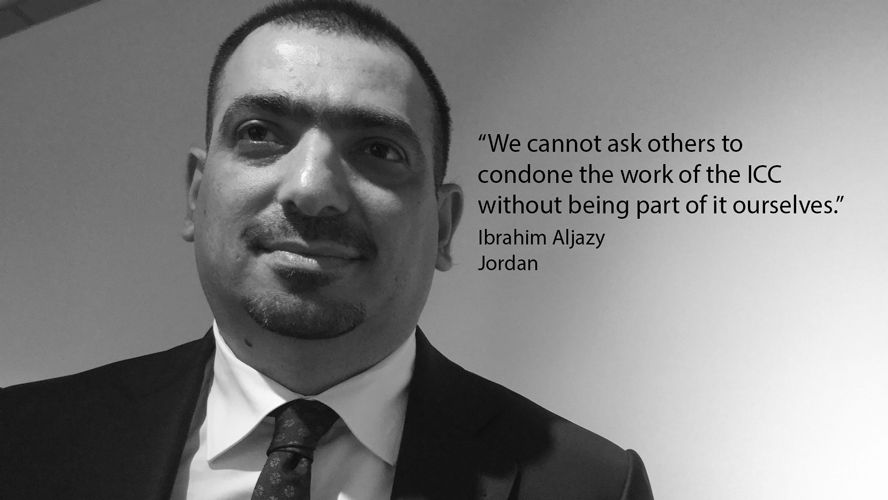 I would like to see more flexibility as far as the complaints are concerned from the victims. Victims are in the scope and the jurisdiction of the Court. If we enhance that – to give various victims, whether they are under the jurisdiction of the Court or not – it would give an opportunity or at least a platform for people to come forward with their complaints and to highlight them. Whether their case is going to proceed or not, that’s another issue. But we give them that kind of window to see and explore their own kind of tragedies.

This is an extract from a Q & A session with candidates for the judges’ election, held by the Coalition for the International Criminal Court earlier this year. Last week, we featured the Philippines candidate.

My Justice highlights the stories of individuals who work in the field of international justice or who have been affected by it and asks what does justice mean to them.